How gas fire suppression system works best in critical areas of the building?

The conventional fire sprinkler systems are meant for typical office and residential setup. However, if your business concerned with sensitive electronic gadgets and devices, water can harm them as badly as fire or smoke. Moreover, it can lead to the further spread of fire rather than extinguishing it. Here’s when a gas fire suppression system comes into play. Critical operation rooms like data centers, server rooms, power stations, electrical rooms, museums, sensitive material storage, etc. should be safeguarded with a gas fire suppression system. This technology uses gaseous suppression agents to minimize the disruption caused by the fire.

What are gas suppression systems and how do they work?

A gas suspension system is a water-free fire suppressant that releases a mixture of gases to prevent or extinguish the fire. It works on the principle of eliminating the agents which contribute to the ignition and sustaining of fire. The elements of the fire triangle are oxygen, fuel, and heat, eliminating any one of them will extinguish the fire.

Benefits of a gas suppression system

Gas fire suppression systems are very effective when it comes to securing critical areas of the building. It minimizes damage as well as the cleanup required so that you can continue with the business quickly.

In case you need advice regarding the use or application of gas suppression systems, contact us at contact@pillarplus.com 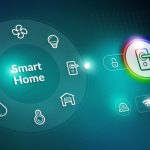 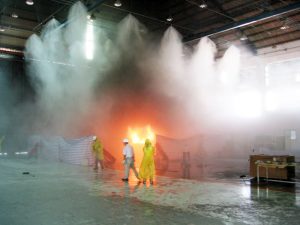 Learn how Studio filed a tender for a government project using PillarPlus.

What is a Construction Drawing?

AI in MEP Drawings: Dawn of A New Era

Fire Protection and Safety Requirements in Your Building